The Truth About Cell Towers

Have you ever wondered why we need cell phone towers?
Cell phones being a low watt transmitter/receiver requires a signal repeater within range of the cell phone. The repeaters keeps moving the signal from tower to tower until it reaches the destination cell phone. For the caller to complete the cell phone call it is necessary to have a new type of telephone pole called a cell phone tower (or cell phone antenna) placed at proper intervals along our highways, byways, cities and towns. The number of towers required is directly proportional to the total human population in the area. This information is normally referenced to as “cell tower proliferation” the mathematical principle used to determine the number of cell towers required in a given area. Cell tower proliferation has become a new subject for urban ecologists. In fact, cell phone towers are radio relay stations, due to the short range of the cell phone transmitter/receivers. 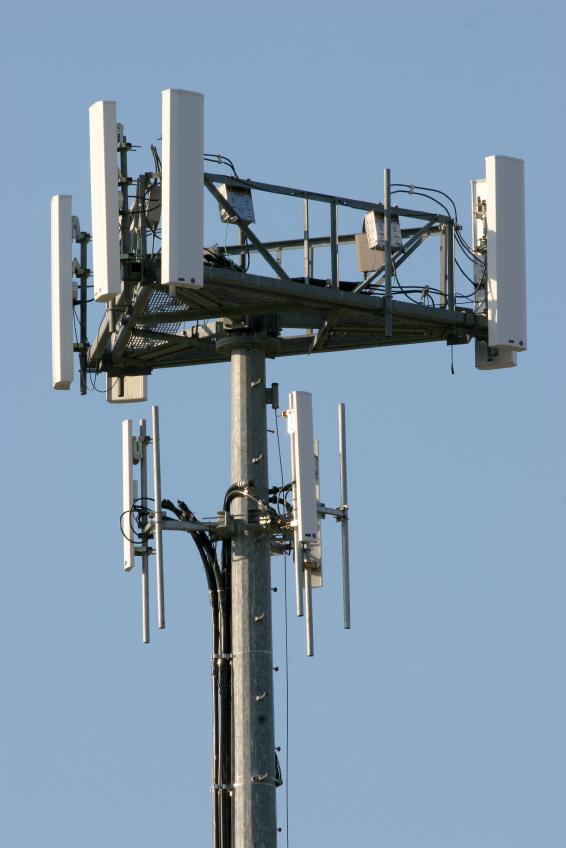 A cellular telephone site is where antennas and electronic communications equipment are placed, usually on a radio mast, tower, building or other high place, to create a cell in a cellular network. The elevated structure normally supports antennas, and one or more sets of transmitter/receivers transceivers, digital signal processors, control electronics, a GPS receiver for timing, primary and backup electrical power sources and sheltering.

Many times a cell site is incorrectly called a “cell tower”, even if the cell site antennas are mounted on a building, or other tall structures rather than a tower. In fact, a large majority of cell sites worldwide are located on structures other than towers. In GSM networks, the correct term is Base Transceiver Station and colloquial British English synonyms are “mobile phone mast” or “base station”. The term “base station site” might better reflect the increasing co-location of multiple mobile operators and therefore multiple base stations at a single site. Depending on an operator’s technology, even a site hosting just a single mobile operator may house multiple base stations, each to serve a different air interface technology.

What is the transmitter/receiver range on a cell towers?
In practice, cell sites are grouped in high population areas that would have the most potential users. Cell phone traffic through a single site is limited by the base station’s capacity as there is a limited number of calls or data traffic that a base station can handle at once. This limitation is another factor affecting the spacing of cell mast sites. In suburban areas, masts are commonly spaced 1–2 miles apart and in dense urban areas, masts may be as close as ¼-½ mile apart. 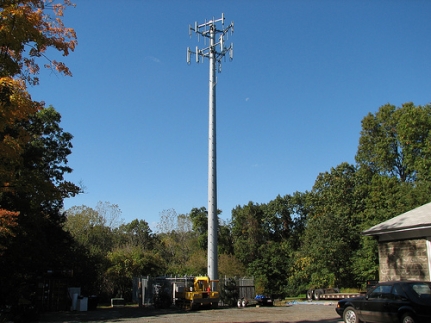 The maximum range of a mast (where it is not limited by interference with other masts nearby) depends on the same circumstances. Some technologies, such as GSM, normally have a fixed maximum range of 22 miles, which is imposed by technical limitations. CDMA and IDEN have no built-in limit, but the limiting factor is the ability of a low-powered personal cell phone to transmit back to the mast.

As a basic guide, based on how tall the mast is and how flat terrain is, it is possible to send a signal 30 – 45 miles. When the terrain is hilly, the maximum distance can vary from as little as 3 – 5 miles due to encroachment of intermediate objects into the wide center fresnel zone of the signal. Depending on terrain and other circumstances, a GSM Tower can replace between 2 and 50 miles of cabling for fixed wireless networks.

What does GSM, CDMA, iDEN and PCS stand for?
GSM Carriers like T-Mobile and AT&T/Cingular sell their mobile phones locked with their access specifications. These are referred as to as Locked Phones. 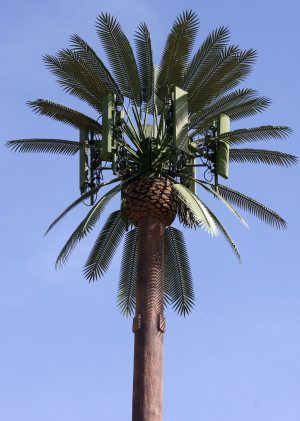 CDMA stands for Code Division Multiple Access. It uses several protocols in second generation (2G) and third generation (3G) wireless communications. CDMA is a form of multiplexing which allows numerous signals to occupy a single transmission channel optimizing the use of available frequencies. This technology uses both the PCS and Cellular signals.

iDEN transmit on the 806 to 866 MHz frequency ranges. This range is used by carriers like Nextel/Sprint, Mike, Southern LINC and Boost. It’s a stand-alone mode.

PCS stands for Personal Communication Service. Sometimes referred to as the Digital Mode, it represent the signals that transmit between frequencies of 1850 to 1992 MHz (megahertz). These frequencies are used by Mobile Phone Standards like CDMA, TDMA and GSM. Most carriers including AT&T, Telus, T-Mobile, Qwest, Verizon Wireless, US Cellular, Alltel and Bell Canada uses PCS network in combination with Cellular. 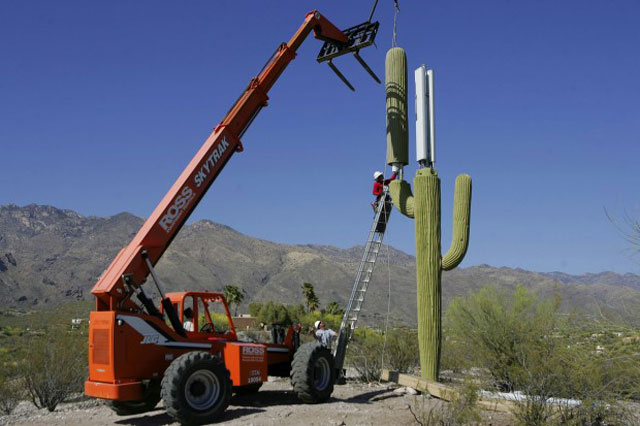 What do cell phone towers look like?
A cell phone towers can be a tower or it can be inconspicuous and blend in with the surrounding area. These installations are generally referred to as concealed cell sites or stealth cell sites, where cell towers are often hidden. Some cell sites are camouflage as palm trees, ponderosa pine trees, cactus, large crosses at a church and on buildings and light poles. They also act as radio relay stations, due to the short range of cell phone transmitters/receivers.