RP Excavating helps build a pool for local veteran and his family in Surprise, Arizona 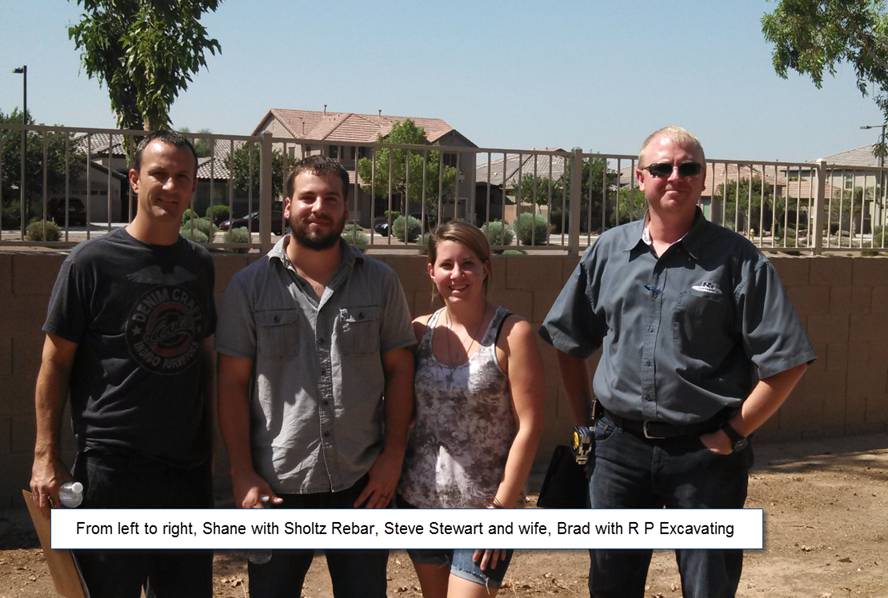 On August 12th 2013 RP Excavating got the opportunity to donate its Excavation Services in Surprise, Arizona to a very deserving local family with a Veteran Father.

Steven is a former marine who suffered several injuries while bravely serving overseas. During his service in Iraq, Stewart’s vehicle hit an IED. He was thrown from the vehicle, severely injured, and almost left stranded.

The accident caused internal injury, making daily activities painful, and brain injuries that affect his short-term memory. Despite these challenges, Stewart went on to serve a second deployment, followed by 3 years as a marksmanship instructor at Camp Pendleton. Now, the pain of his injuries has made it difficult to work.  The Doctors recommended that a swimming pool could be the solution for therapy.  Steven hopes swimming will be a low impact exercise that will help ease the pain.

Steven Stewart, is also a student studying for a degree in mechanical engineering, and a father of two young boys; Austin and Brody.  Jon Mortenson with the SPSA was approached with the opportunity to give back and thought that Austin, Brody and Family should have a dream pool in their backyard to enjoy with their dad and that this would help with the rehabilitation process for Steven.  This was a WIN, WIN! 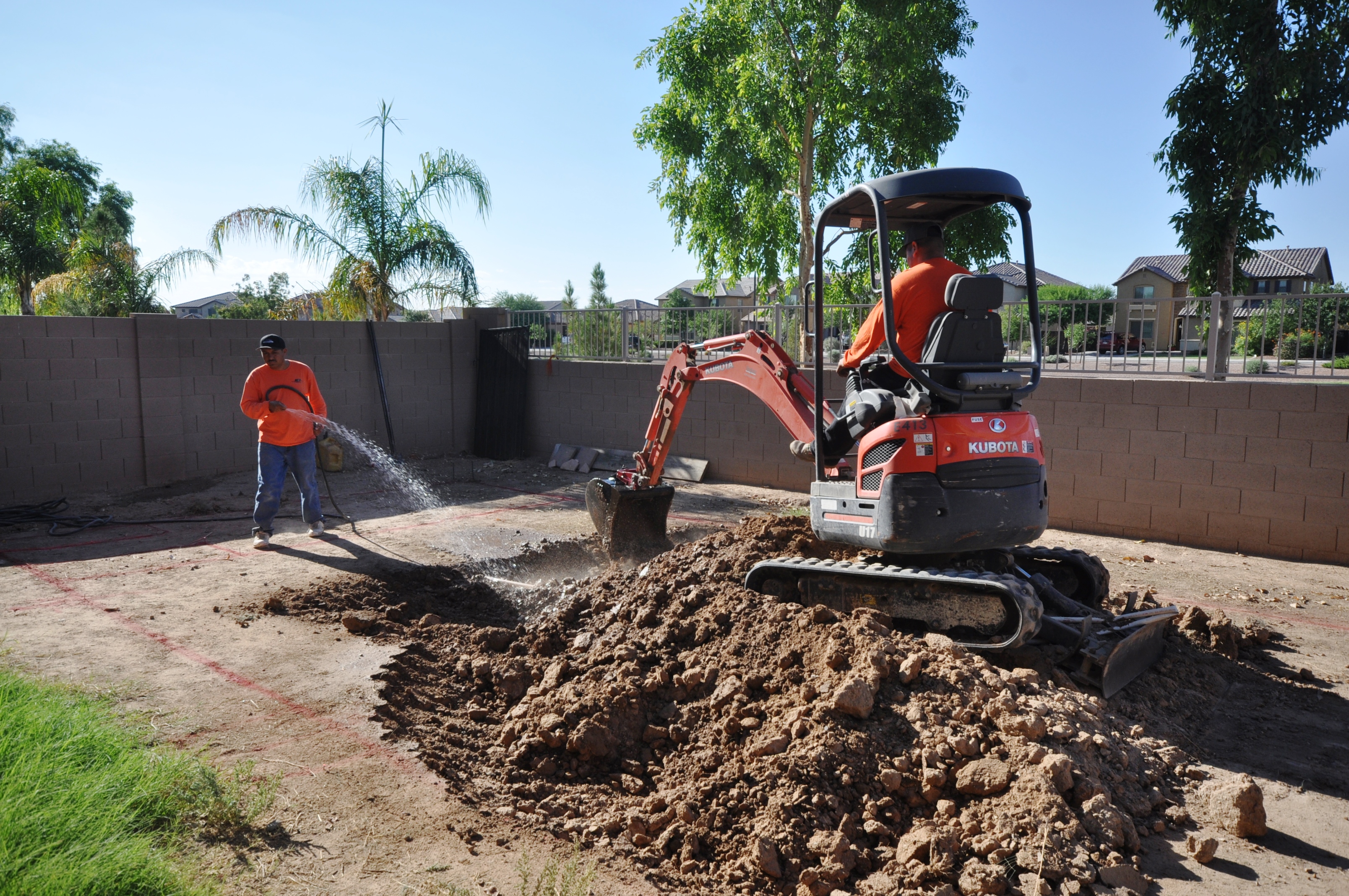 When the SPSA heard about the Stewart family, they decided to build the family a sparkling backyard pool, led by project  manager Jon Mortenson. They approached RP Excavating for the excavation process of the pool build due to our commitment  to safety, the ability of our crew to do the right job and complete projects on time.

R P Excavating was approached with Stewart’s story by Jon Mortenson with the  Southwest Pool and Spa  Association (SPSA) and jumped at the opportunity to help give something back to a veteran and his family.

We donated our excavation equipment and services to excavate the hole where the pool would be installed.  We’d like to thank  the SPSA and project manager, Jon Mortensen, for inviting us to be a part of this project. Thank you, to the Steven’s Family, ­  for all your service and sacrifice and for letting us give a little something back. Enjoy your new pool kids!